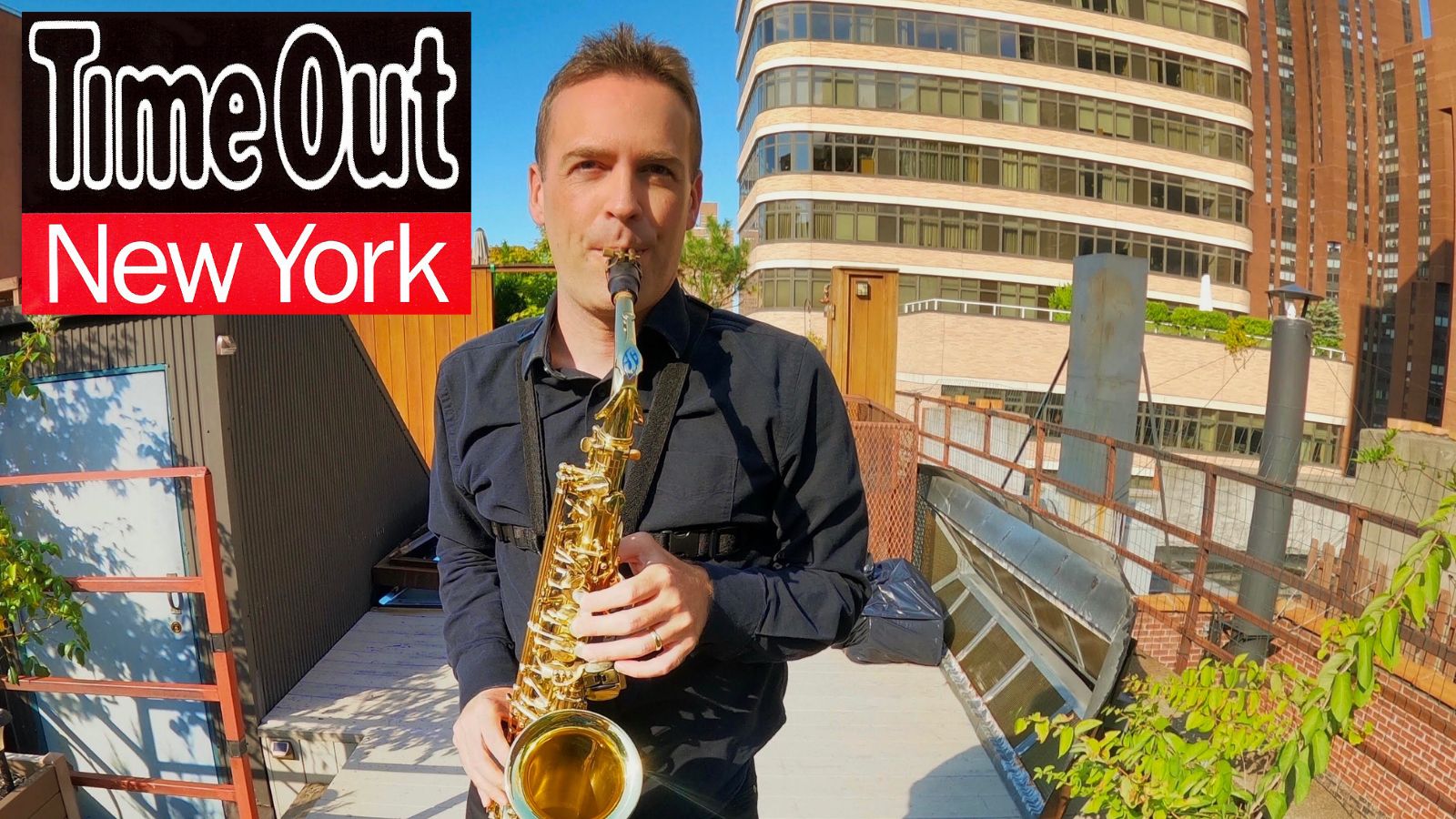 An unbreakable scene - By Shaye Weaver

Jazz musician Daniel Bennett of the Daniel Bennett Group, who has played at Greenwich Village clubs for years, says that its clubs had been packed before the pandemic hit and most venues featured multiple bands every night. Tourists from around the world were coming to the Village to hear music at Smalls, Mezzrow, Blue Note, Village Vanguard, 55 Bar, and Zinc Bar among others.

The Greenwich Village jazz scene has also fostered new talent from across the globe.

“Music students at New York University and the New School can actively tap into the Greenwich Village jazz scene,” Bennett said. “I played my first gigs in Greenwich Village at Cafe Vivaldi and the Sidewalk Cafe many years ago. I always feel at home when I'm performing in the Village. It’s a great place for young people—you can walk a few blocks and catch new music at dozens of jazz clubs.”

“Jazz clubs are mobilized as the city continues to bounce back,” he said. “We have a deep-rooted history that will carry us through the pandemic. We have unlimited talent and creative energy. The Greenwich Village jazz scene has stood the test of time. This virus will die, but our cultural renaissance is just beginning!” 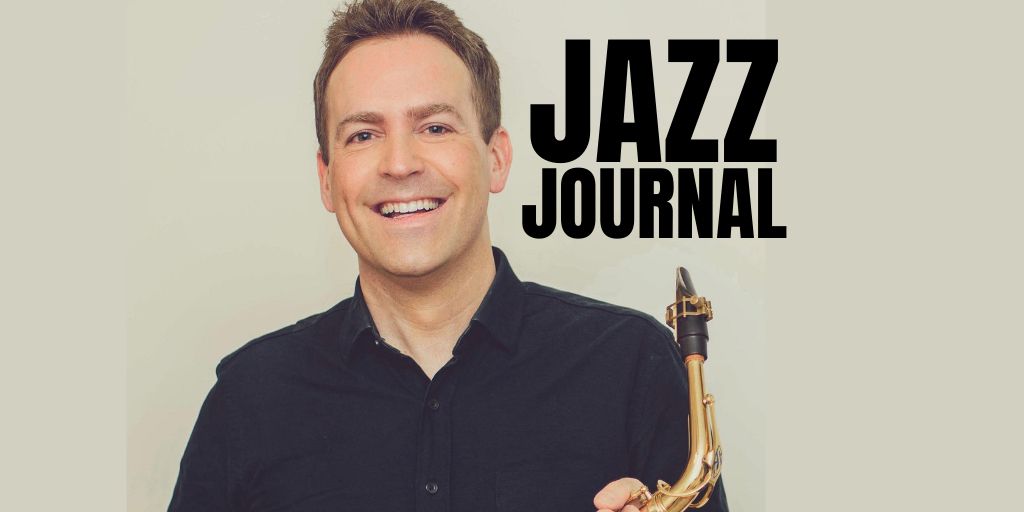 New York saxophonist Daniel Bennett will be known to Jazz Journal readers for his indefatigably positive approach to jazz, as evinced in Bruce Lindsay’s five-star review of his group’s We Are The Orchestra album. But he’s also noted for a positive approach to life in general and has been a prominent voice of hope during the COVID-19 pandemic, finding multiple ways to keep his message flowing.

“This virus will die, but our cultural renaissance has just begun”, said Bennett in a recent interview with The Music And Myth in Europe. Bennett is also active on social media. “I broadcast all of my private teaching for the world to see. I also made a commitment to release one track on Spotify every week”, said the saxophonist. Bennett is on faculty at the Bloomingdale School of Music and the New York Jazz Academy. “This is our time to strengthen the core of our music community. When this virus fades away, we will have an unbreakable community”, said Bennett.

The Daniel Bennett Group is currently working on showcasing We Are The Orchestra. The band had just wrapped album-release concerts at the Blue Note (NYC) and Ronnie Scott’s Jazz Club (London) when the pandemic hit. “You make a hard pivot and begin fixing problems”, said the bandleader. The Daniel Bennett Group has been featured in the Washington Post, Boston Globe, NPR, San Francisco Examiner, Miami Herald and the Village Voice. The trio was recently voted Best New Jazz Group in Hot House Magazine.

In addition to leading his own band, Daniel Bennett performs in theatre productions in New York City. He recently played woodwinds in Blank! The Musical, the first improvised musical to launch on a national stage. The New York Times called the show “witty, likable and ludicrous!” Daniel Bennett’s theatrical works have strongly influenced his eclectic sound and musical storytelling abilities as a bandleader. He’s active in many different music scenes – but his message of hope is universal. 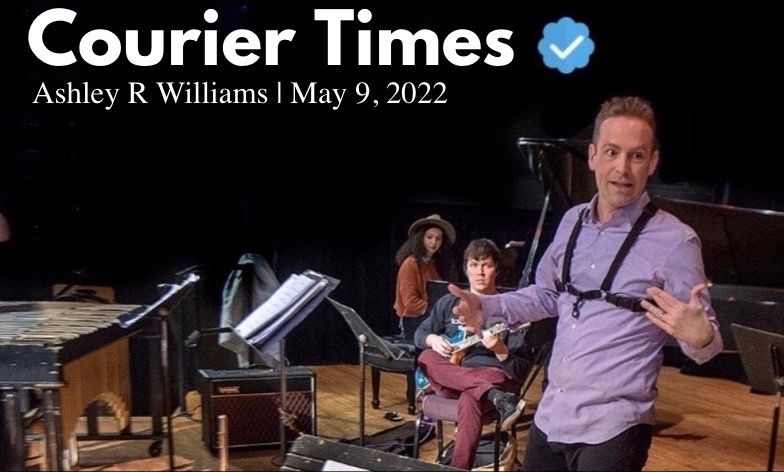 “It’s gotta be softer when the pianos emerge, and maybe a little louder and more gutsy when the guitars are grooving,” the Manhattan-based jazz director, wearing a saxophone shoulder strap, told them during a rehearsal break between playing the jazzy tunes “How Insensitive” and “Michelle.”

Bennett, a native of Rochester, New York, boards a two-hour train to Langhorne each Tuesday to lead students of the private Christian University’s jazz program — a noticeable departure from its music department’s classical focus.

“Cairn has been a traditionally classical institution, it's got a very world-renowned vocal department and string department, and we are trying to really pivot and bring in these other types of music,” he said. “The school has been very supportive.”

Bennett's tenure is newer and he previously taught music classes at the college’s Csehy Summer School for several years, which is how he met classical musician and Cairn’s music department’s dean, Benjamin Harding.

“He wants to grow the jazz program, I mean, he has great, awesome, big dreams of having the school lead and be a real institution for new music, experimental music, jazz, all sorts,” Bennett said.

Harding, who plays piano and earned his bachelor’s degree at Cairn, said that the idea of incorporating jazz studies into the university’s musical mix initially came about “a number of years ago,” as students began exploring wider music varieties.

“(Jazz has) been around in this country for around 130, 140 years, and it is the American tradition of music,” he said.

“Whether it's blues, gospel, pop music or world music, we hope to continue developing the jazz program here so that students can continue to dive into this amazing art form,” Harding said.

Bennett appears to be the perfect instructor for the gifted group of students, who displayed their polished skills of playing piano, guitar, vibraphone and their own vocal cords during a Tuesday jam session with the seasoned musician.

“This is professional quality,” he said of their talents. In another bit of mid-rehearsal advice, Bennett told the students how he utilizes what he calls “the grandma effect.”

“My grandmother is not a musician, but she knows when a group is out of tune or if the tempo is wrong,” he said.

When he’s not teaching Cairn University’s students all things jazz, Bennett leads the Daniel Bennett Group, which he says tours over 150 dates each year. While he played the sax and flute during that particular rehearsal, the musician also knows his way around the clarinet and guitar, among other instruments.

“My two older sisters played clarinet, so I kind of inherited some free instruments that were lying around the house,” said Bennett, who also used to play music in the church as a child. “I taught myself guitar, took some lessons, and at one point wanted to just be a singer/songwriter.”

He aims to bring his own passion for jazz — clearly apparent to anyone who might observe him interacting with students — to the approximately 25 to 30 of musicians that Harding estimates are participating in some type of jazz instruction at Cairn.

With several of them well-versed on multiple instruments, Bennett says, it’s the norm during concerts for student jazz musicians to switch from clarinet to singing, or from piano to guitar.

“Everyone's just doing different things to create,” he spoke up amid the loud and jumbled sound of multiple instruments playing at once during a song break.

The one type of noise Bennett chooses to drown out is any negative talk relating to the decline of jazz’s popularity in recent years.

Jazz, with musicians Louis Armstrong, Chet Baker and Wynton Marsalis counted among its greats, has come to be considered to be one of the least popular music genres over the last couple of decades.

Bennett has simply never bought into the thought that jazz is dead or dying, he shared.

“Obviously, statistically, jazz sales are very low, they always have been, I mean, even in the '70s and '80s, they were low,” Bennett explained.

“But people are monetizing music in all sorts of cool ways now, so it's not accurate to just say, ‘Well, the statistics are low, therefore jazz is just not popular'; it's just not true,” he said.

Because of that, says he believes Cairn students seeking a music-based career after college will have opportunities to transform their own musical gifts from fun into funds with little trouble, using his own performing career as proof.

“In their scene, their ecosystem, they have followings and they can monetize and slowly grow; there are ways to make money at this,” Bennett said.

“If you can double as a woodwind player ― I play flute, saxophone, clarinet, oboe —  if you're well-educated and can play different styles and genres, there is a way for these students to really thrive in this jazz world,” he said.